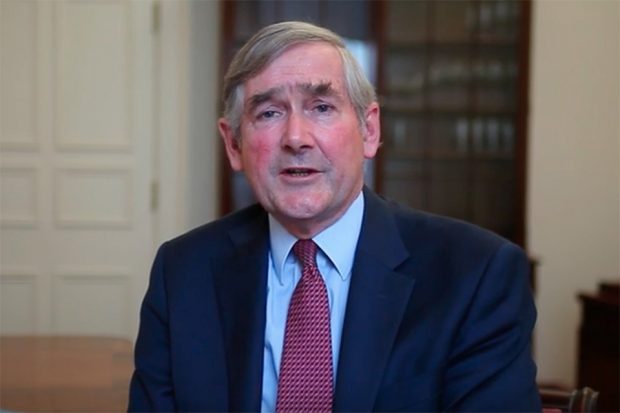 The Committee will shortly publish its report on regulators – Striking the Balance - a piece of work which has involved a survey of regulators, face to face interviews, three roundtable sessions with academics, regulatory bodies, and stakeholders, as well as extensive desk research.

It is too early for me to reveal the Committee’s recommendations which are, in fact a series of best practice benchmarks which we hope regulators and their sponsor Departments will use to check their own practice. The report will be launched to an audience of regulators and other interested parties at an event soon.

As well as learning a great deal more about the different approaches taken by regulators to living up to the Nolan principles, there were some things that particularly struck me during the course of this review: firstly, the sheer scale and breadth of the regulation industry in the UK. From doctors to bankers, and energy suppliers to restaurants, regulators stand to protect and promote the interests of the public. Their role is a unique one; they might not be what we think of traditionally as ‘public office holders’ but, as such, they must act according to the seven principles of public life like MPs, Ministers and civil servants.

Secondly, just how disparate and different the regulators across the UK are – in form, remit and approach. To some degree, this made our review more interesting but more difficult - clearly there were going to be no ‘one size fits all’ answers; the nature of the body, for example, if it has a statutory board or not, means the organisation’s internal ethics are somewhat tailored to its circumstances. Managing conflicts of interest, for instance, within a regulator funded by a levy on those they regulate may be more nuanced than for those receiving direct funds from central government alone.

Thirdly, what could be described as the ‘loneliness’ of being a regulator. Acting independently, staying ‘above the fray’ and avoiding capture by either the government or the industry you regulate means regulators report a sense of isolation. To some degree, I recognise this from my time as Information Commissioner. Our seminar with regulators brought this to life; despite their varying organisational remits and functions, the group of regulators in the room had very similar ethical issues and dilemmas. For example, there was clearly a great deal of tension among the regulators about the way in which appointments to their Boards are made by Departments. There is also a difficult line to draw in terms of how close they should be – or distant from – to those they regulate. This issue becomes even more acute when people are recruited from that sector or join it after their time with the regulatory body. .

At the seminar, many participants told us they particularly valued the opportunity to talk about these sorts of issues with other regulators, something many said they had not really done before. Their sectoral nature and independence don’t naturally lend themselves to cross-regulator sessions.

Post-Brexit, the UK regulatory landscape is about to undergo a seismic shift and there will be renewed focus on how services and industries are regulated. Maintaining high ethical standards will be key to retaining public confidence through those wider changes and I hope that our report will be a useful guide both for regulators and those holding them to account. I look forward to sharing the report and its findings in detail in the next few weeks.