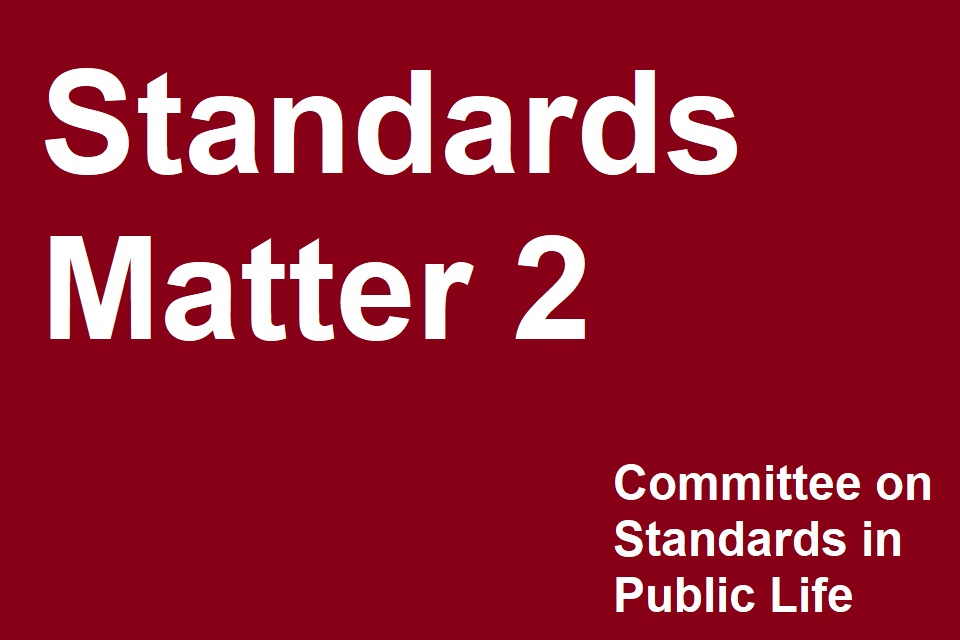 Last September, the Committee launched Standards Matter 2 – a landscape review examining the strengths and weaknesses of our system of upholding and regulating ethics in public life. Today we have published the responses to our public consultation, and a transcript and summary of our academics’ roundtable. You can also watch our online evidence sessions on our YouTube channel.

Our intention in starting this review, was to carry out a health check of the effectiveness of standards regulation in England, as our predecessors did in their 2013 report. The Committee has been looking carefully at the powers and remits of our standards regulators, and the breadth and scope of the rules they uphold.

Since our review was launched, there have been a number of high profile stories and concerns around the upholding of ethical standards in public life, leading to a number of reviews of particular areas of concern – including the Boardman review on lobbying, PACAC's inquiry into conflicts of interest in light of Greensill, the Treasury Committee's inquiry on lessons learned from Greensill Capital, and the Public Accounts Committee's inquiry on the transparency of government's commercial functions. The Committee will look closely at these reports and what they tell us more broadly about the ethics, culture and practice of public life.

The Committee’s own report – Standards Matter 2 - will be published in autumn. Prior to that, the Committee will be publishing its outline findings on a number of areas of current concern.  These highlight areas of standards regulation that we believe need reform to ensure the Nolan Principles are upheld by all in public life.

As an independent advisory body, the Committee has no role in individual investigations but acts as what John Major described as ‘an ethical workshop for running repairs’. These findings will, we hope, contribute in a timely way to the current debate around what repairs are needed to our system of regulating standards in public life. We will continue to engage with regulators, academics, public office holders and the public as we work towards our final recommendations to the Prime Minister later this year.

Integrity, honesty, openness, selflessness, objectivity, leadership and accountability – the Seven Principles of Public Life – set out the public’s expectations of those who take decisions on their behalf. The Committee will continue its work to promote and maintain these principles across the day-to-day work of government and public life.