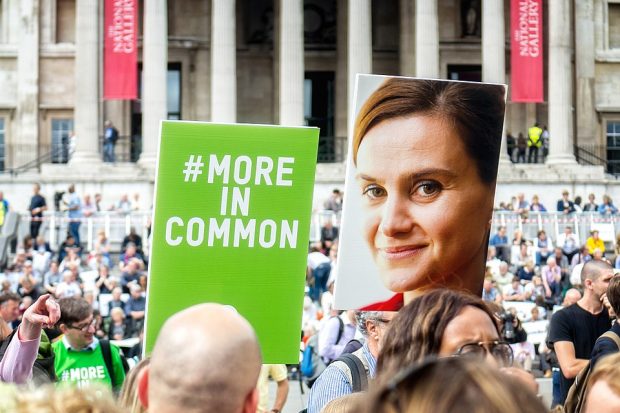 When I talk to people from other countries who are watching what is currently happening in the UK, they usually express a mixture of astonishment, concern and, sometimes, scorn.

They see a public that is divided. Politicians and the political process – that we rely on for working out those divisions – are derided.

These divisions are based on very strong feelings and are leading to fierce opposition and anger directed towards those who take different views.

Politicians from all parties are experiencing abuse and intimidation, the scale of which the Committee on Standards in Public Life, which reported on this subject in 2017, found truly shocking when we carried out our inquiry.

The terrible murder of Jo Cox MP by an extremist in 2016, leaving behind a grieving family and young children, was an appalling example of what this intimidatory behaviour and hate can lead to.

More recent court cases involving threats to politicians show that the risks have not gone away.

Our 2017 report called for a range of tough action to counter intimidation. Since then there has been some progress but there remains a great deal more to do, and at greater pace – by political parties, the police, social media platforms and others.

Indeed, since that report, all the evidence suggests that the situation has got worse, and the level of intimidation and hatred experienced by MPs, councillors, party campaigners and even some public officials has intensified and become more widespread. 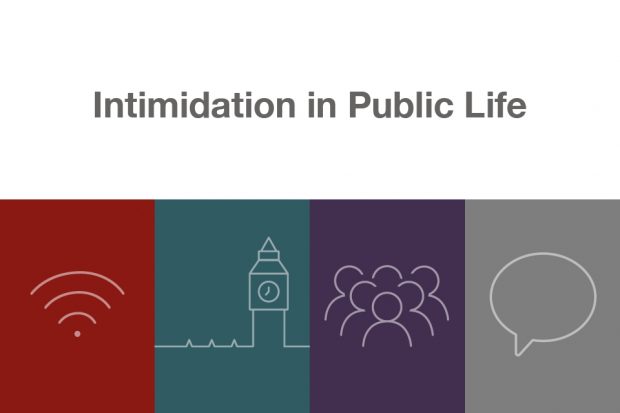 We continue to hear evidence of appalling abuse and vitriol directed not only at MPs, but even more unacceptably at their families and children.

The Nolan principles  – honesty, integrity, objectivity, selflessness, openness, leadership and accountability – set out standards of conduct for people in public life who take decisions on behalf of the public.

But for the principles to mean anything they need to be acted on by politicians and other public servants who are prepared to undertake such responsibilities.

How can we ask ordinary people to step forward and make a commitment to represent a constituency, or apply to become a judge, or contribute their skills to serve on a public body, if what they will get in return is a real likelihood of abuse and threats?

Why should those who make the commitment to serve in the public interest have to trade their own welfare and safety or that of their family?

Some people will say that MPs aren’t doing their job or representing them or their views.

But that is not how representative democracy works.

MPs are elected by their constituents to serve the whole constituency, to serve us ‘‘as themselves’’, with their own backgrounds, talents and abilities – and their own views.

If we don’t like how they do their job, we can vote them out.

MPs must make judgements and decisions based on their own experiences of the issues at hand and on the range of views put before them.

It is clear that intimidation is already changing the way MPs are able to do their jobs and interact with the public.

MPs are finding constituency offices vandalised with threatening messages whereas they should be a safe place for constituents to visit. 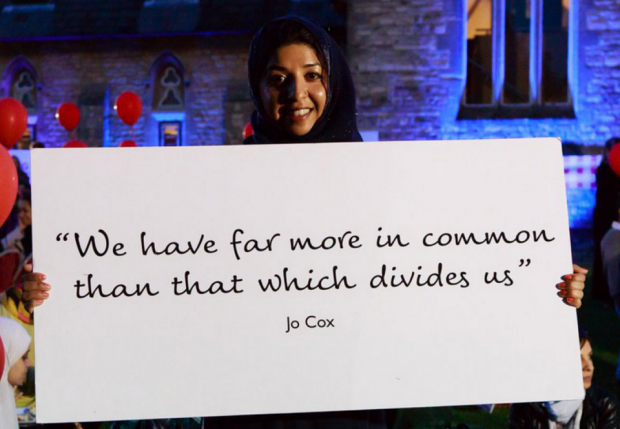 The Committee recommended that the political parties work together on a common approach to intimidation, particularly at election time.

There is good will to do so and we are delighted that the Foundation established in Jo Cox’s name will be providing independent support to that work, so that parties are able to recognise and address any intimidatory behaviour in their own ranks.

As Catherine Anderson, chief executive of The Jo Cox Foundation, says: “Jo’s murder in 2016 is a constant reminder to us that the threat of violence and intimidation towards MPs, candidates or anybody else in public life can never be acceptable.”

The police can only act against serious intimidatory behaviour. But the damage that is done even at a lower level – by relentless abusive, intimidatory, targeted, personal messages, largely on social media sites, on a daily basis – is equally real and hugely damaging.

Addressing intimidation is not about special pleading for an elite or about protecting ‘‘snowflakes’’ from hard political debate.

Intimidation risks undermining the democratic process and civil society. If the decisions MPs make start to be altered as a result of threats and intimidation, that amounts to a subversion of democracy and would be a dark day for our country. If the actions of trolls and abusers deter good, decent people – like Jo Cox – from standing for election, or put off talented people with a range of different backgrounds and experiences from coming forward to serve the public, we have all lost out.

Parliament, local government and public bodies will look even less like the population they serve, and decisions taken in our name will not reflect the diverse realities of life in Britain. Intimidation in public life should matter to us all. We can be better than this.