25 years ago, the Guardian investigative team revealed that MPs Neil Hamilton and Tim Smith had been paid by Mohammed Al Fayed to ask questions in Parliament.  This provoked the “cash for questions” scandal that caused Prime Minister John Major to set up the Committee on Standards in Public Life, of which I am today the Chair.

The Committee’s first report, published in 1995, led to a radical overhaul of standards arrangements in Parliament and public life. It brought to an end the ‘good chaps’ model of behaviour, which assumed that as we are all good chaps, we do not need to make ethical standards explicit. It was in this report that Lord Nolan, the first chairman, set out his seven principles of public life – honesty, integrity, accountability, selflessness, objectivity, openness and leadership – articulating the behaviour expected of those who serve the public.

These ‘Nolan principles’ are now well known in public sector organisations from town halls and ministerial offices to hospitals and police stations. But the work of promoting and maintaining high standards requires continuing and proactive attention, including in building and maintaining an ethical organisational culture. In the necessary, but not always glamorous work of staff inductions, values training, specialist ethics committees, registers of interests, governance and, when necessary, disciplinary hearings, these principles take effect. 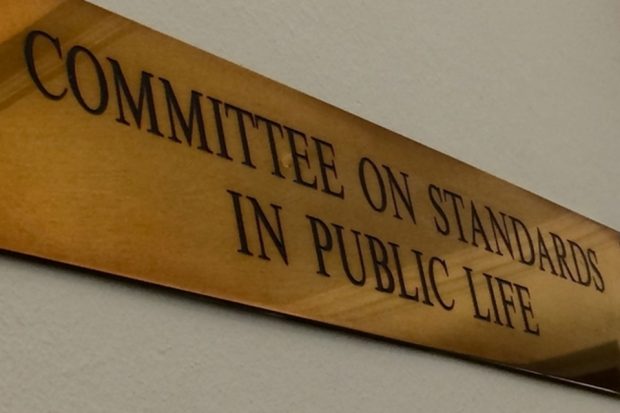 In my experience, the vast majority of those serving the public, whether elected representatives or officials, want to make a positive contribution in line with these highly valued principles. They care about serving the public and recognise that high standards are ultimately a matter of personal responsibility.

Of course, we do not all, or always, live up to these high ideals, and the arrangements for maintaining standards are themselves by no means perfect.  Changes in the political and economic context can bring heavy pressures to bear and we often hear calls for standards regulators to have more teeth and more resources.

The current political drama of Brexit and the polarised debate means the Nolan principles are more, not less relevant. They are the cornerstone of the conduct the public expect from those who serve them.  My recent open letter to all holders of public office asked them to remember the importance of these principles, no matter what the political temperature.

Times change, but the expectation of high standards of conduct remains the same. We have some major challenges that need active attention – intimidation in public life, the impact that artificial intelligence may have on public service, as well as issues with digital campaigning and elections. We have come a long way since cash for questions, but the job is not done.