Last month, under the 25-year rule, the National Archive released the original files about ministers’ internal discussions on how the government might respond to the first report of the Committee on Standards in Public Life. The new independent committee, chaired by Lord Nolan, had been given a remit to examine any changes in structures and processes across UK public life needed to support high standards of behaviour, following the revelations in The Guardian about MPs taking ‘cash for questions’.

The Committee outlined seven key principles – integrity, honesty, objectivity, openness, selflessness, leadership and accountability – that should apply to all aspects of public life. It also identified elements that needed to be in place to maintain standards – accepted principles, codes of conduct, education, and independent scrutiny.

The first report set out many of the codes and processes we are familiar with today, such as the Ministerial Code, the public appointments system and the rules in Parliament for declaring income and relationships, restating the expectations of those that serve the public. 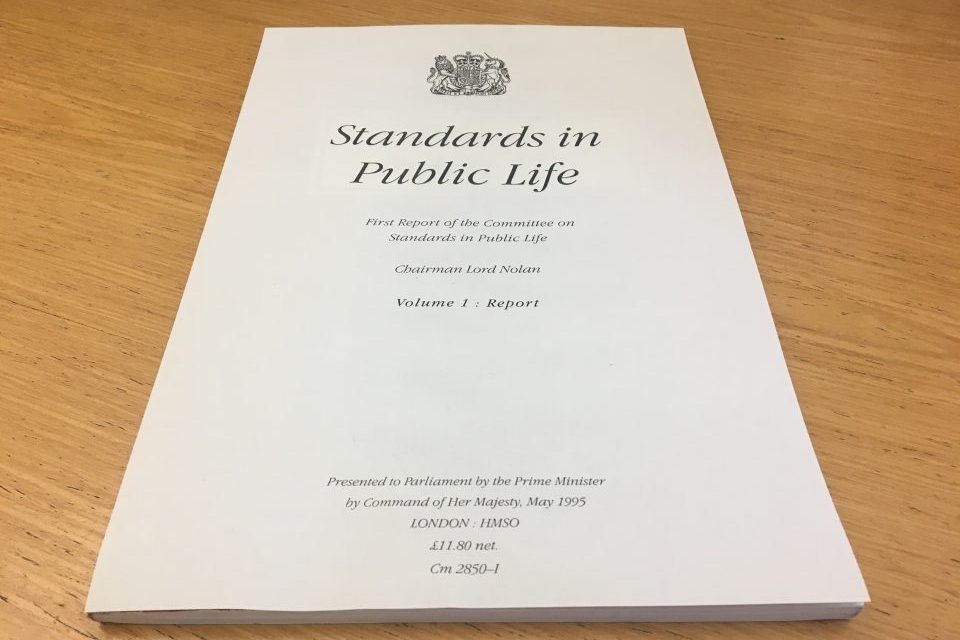 Now, 25 years on, it’s clear that some elements are more developed in certain areas of public life than others. While organisations from local councils to NHS trusts and schools all have codes of conduct, the Committee’s reports in recent years have frequently identified weaknesses in scrutiny and insufficient education in some organisations about the expected standards of behaviour. Good conduct is, of course, as much about organisational culture as it is about formal rules and structures, and building and maintaining a strong ethical culture requires leadership, attention and vigilance.

As an advisory body, the committee has no statutory powers or enforcement powers and it does not investigate individual cases. It relies on making evidence-based recommendations, having consulted widely - including with the public - on the topic under consideration.

Over the years, the Committee has considered some highly political issues in the wake of scandals such as MPs’ expenses, and party funding for elections. To retain its neutrality and influence, the Committee must be able to listen carefully to opinions and views and be ready to “speak truth to power” or deliver uncomfortable messages. All too often, standards issues become ‘weaponised’ against political opponents. 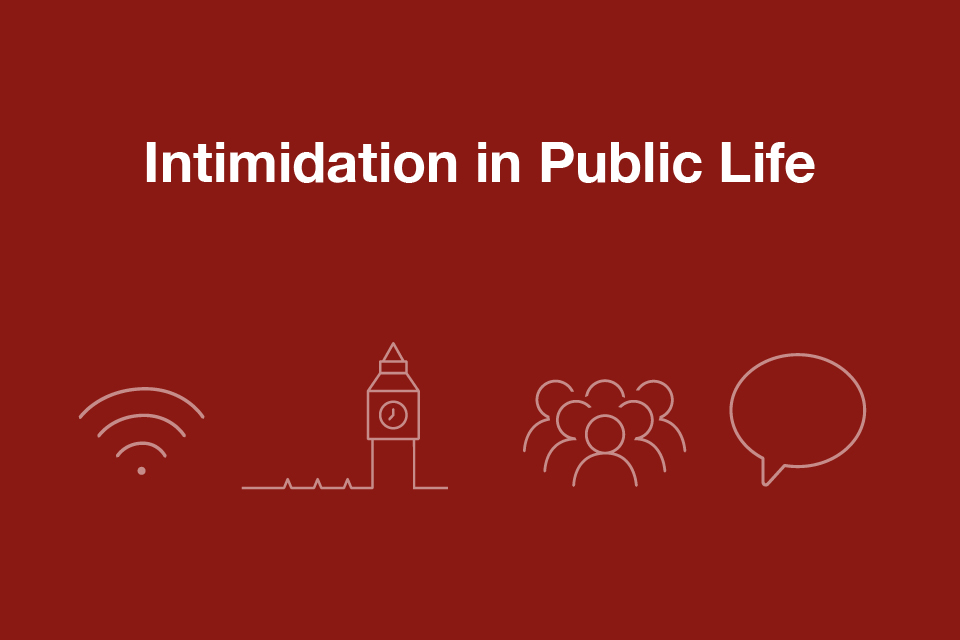 More recently, the Committee’s 2017 report on intimidation in public life considered the rising level of abuse and intimidation of parliamentary candidates and others in public life. The British public has always been healthily cynical about politicians and public figures, but there has been a worrying sea change in the last few years in the way holders of public office are treated, particularly with the rise of social media, and especially in relation to political office.

The report made important recommendations to government, Parliament, the police, social media companies and political parties to address intimidation and safeguard important aspects of our democracy. Given the strong evidence base – and widespread political acknowledgment of the scale of the problem, most recommendations were accepted and are now being acted upon.

Politicians from all parties – and others in public life – should be treated with respect and able to carry to carry out their roles without fearing for their safety. The Nolan Principles cannot exist in a vacuum, the wider political culture must support them. The quality and diversity of our public life will be severely damaged if talented individuals are no longer willing to step forward for public roles or participate in elections for fear of intimidation, or if MPs and councillors feel inhibited in their views for fear of reprisal.

We continue to progress this work with the political parties, working in partnership with The Jo Cox Foundation to draw up a Joint Standard of Conduct encouraging all parties and candidates to sign up. 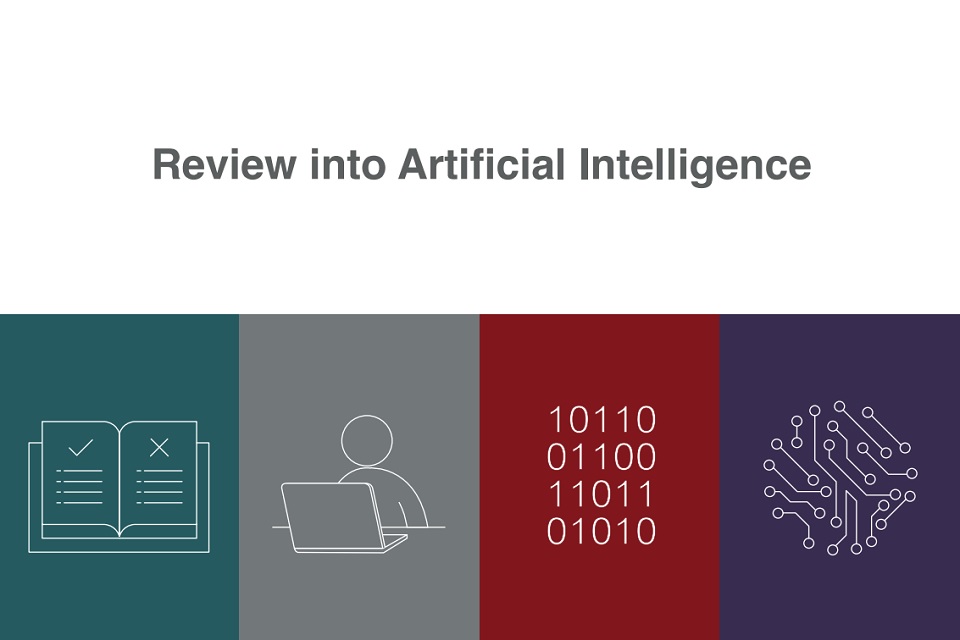 The Committee also tries to look ahead, scanning for potential problems rather than reacting to the next major scandal. Our current review, to be published next month, looks at the impact of Artificial Intelligence on standards. How do public servants demonstrate the Nolan principles when machine learning and AI become more widely used to deliver public services? Is government policy up to the task of upholding standards as AI is increasingly rolled out across our public services?

Public life has changed massively since Lord Nolan first set down the seven principles. A great deal has been done in the regulation of standards and conduct, too. But the Committee’s 25th anniversary will not be a complacent celebration of what has been achieved. I want it to be marked by a reaffirmation of the importance of the Principles of Public Life, recognising that we all benefit from a vibrant, diverse public life based on these core values.

The Committee on Standards in Public Life has produced some short videos about the principles to mark its 25th year.

Watch our short videos about the Nolan principles and the work of the Committee.