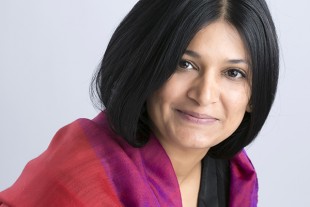 Almost a thousand public appointments are made each year by ministers to the boards of public bodies like the Land Registry, the Care Quality Commission and Ofsted. These arms-length bodies play a huge part in our communities, making decisions from the price of gas and electricity to the quality of our hospitals and schools. Confidence in the process to recruit its leaders builds trust in these institutions; more importantly, it enables these organisations to attract and recruit the best people for its needs.

Recognising the value of this process, Lord Nolan said in his 1995 report:

“While individual posts should always be filled purely on merit, it is important that the overall composition of boards should represent an appropriate mix of relevant skills and background. This range should be clearly and publicly set out in job specifications. Ministers should continue to make board appointments, but an independent Public Appointments Commissioner should be appointed to regulate, monitor and report on the public appointments process. “

A credible appointments process maintains trust in institutions and ensures good governance of public money, which should matter to everyone.  Appointments made fairly and openly ensures that everyone, from all backgrounds, histories and ethnicities feels encouraged to apply, and contribute constructively to institutions and functions that we all value and cherish.

The British public appointments process is the envy of many around the world. Key roles are advertised and the appointment process is set out clearly. It has successfully appointed a wide range of people to numerous Boards. The existence of this process encourages diverse people with a passion and a belief in public institutions to apply, and to know that they will be considered fairly.

I am a real example that this process works. I was appointed for my first public role as Trustee of Tate through the public appointments process – I was a middle manager at the BBC in my early-30s, a recent immigrant with no political allegiances or networks, only a passionate belief in the value of free access to national museums and galleries, willing to commit expertise, time and dedication.

Inevitably, there is a tension between appointments made by ministers, seen to be ‘political’ and those that are deemed to be made purely on merit.  To be clear, ministers make the final choice on public appointments, but they can only do so from candidates judged to be ‘above the line’ by the assessment panel. This process has survived various challenges to its independence because it offers something of fundamental value – an open and fair process and an independent Commissioner who is responsible for oversight.

There are many things that should and could change about the process. We need to find more and better ways to encourage minorities, those with disabilities and socially disadvantaged groups to have a voice in governance at the highest levels. More women now sit around these tables but still too few chair them. More people should be paid for the value of their time and effort to ensure that diverse and talented people can afford to take time out of their working lives to contribute to this valuable work. Interview panels must be diverse; decisions on appointments should be made more promptly.

What should not change is the sanctity of the process. The Public Appointments Commissioner’s evidence to the House of Commons Public Administration and Constitutional Affairs Committee and his subsequent letter to the Committee raise worrying questions between the careful balance of ministerial power to appoint, and fairness and transparency.

We want the brightest and best people from a widest range of backgrounds to serve on the boards of our public bodies. Media stories alleging key national appointments have been pre-decided by ministers before they are even advertised discourages good people from putting their name forward. It undermines trust in the administration and creates unfair pressures on so many others who serve their Boards in the best spirit of public service.

This loss of public confidence in public appointments – and the potential loss of talent - won’t just be a loss to those institutions, it will be a loss to us all.