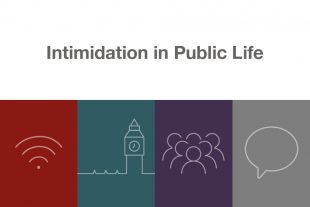 This week, the Government confirmed that the elections postponed due to Covid-19 will now go ahead on 6 May. These polls will take place in the usual way but there will inevitably be differences, as there have been in many areas of life during the pandemic.

The Electoral Commission has published guidance on conducting elections in a Covid-19  context and a range of organisations – Returning Officers, the Electoral Commission, the Local Government Association, the Society of Local Authority Chief Executives, the Association of Electoral Administrators, the Devolved Administrations and the political parties – are now working at pace to put in place the necessary measures to protect public health and overcome the practical challenges.

These elections include 24 county councils, 127 unitary, district and borough councils, the election of 13 directly elected Mayors and 40 Police and Crime Commissioners in England and Wales – a major democratic exercise that will involve campaigning in most parts of the country.

In the cut and thrust of election campaigns, candidates can expect robust debate and to be challenged about their policies and views. What they shouldn’t expect is abuse, threats of violence and physical assault.

Evidence submitted to our review of Intimidation in Public Life, published in 2017, and our local government report in 2019, found that increasingly, candidates, their staff and sometimes even their families, were facing such threats, particularly women and candidates with protected characteristics.

Our recommendations were warmly received and broadly accepted by government and the political parties. Some progress has been made to tackle intimidation, both online and offline, including the government’s Online Harms White Paper (2019); the government’s commitment to legislate for a new electoral offence of intimidation of candidates and campaigners during elections; and the LGA’s model code of conduct published in December which sets out clear statements about bullying and harassment and the right of councillors and officers to undertake their job without intimidation.

We were also pleased that Twitter, Facebook and Google set up temporary election teams in 2019 to respond quickly to intimidation, and published joint safety guidance for candidates at elections on content that breaches their policies. But there remains more to do, and at greater pace – by everyone in public life.

Some of those engaging in intimidatory behaviour towards candidates and others at elections are, of course, members of political parties or fringe groups.

The Committee called on all political parties to collaborate on a Joint Statement on conduct for political party members during election campaigns. Working with The Jo Cox Foundation, we produced a Joint Statement – a high-level statement of principle outlining the minimum standards of behaviour that all members of political parties should aspire to. We are really pleased to see that the Labour Party, the SNP, the Liberal Democrats, Plaid Cymru and the Green Party have already signed up to this Statement in advance of the May elections.

These elections are inevitably going to feel different, with social distancing and other Covid-19 measures, but we should all hope that we can see robust and vigorous public debate in 2021, without the levels of intimidation and abuse that have marred recent polls.