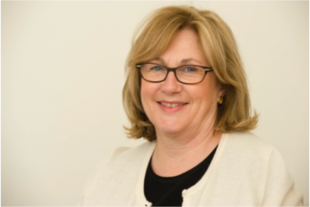 The democratic right to make representations to government – to have access to the policymaking process – is fundamental to the proper conduct of public life and the development of sound policy.

But how do you ensure that decision-makers get to hear a full range of views from those who will be affected by their decisions, while preventing vested interests from cornering the market?

Lobbying is a legitimate and can be a beneficial activity.  It is an important part of our public life.  Access to those developing policy and making decisions is necessary for a functioning democracy; those who might be affected by decisions need the opportunity to present their case.

However, lobbying must be carried out transparently and ethically. Instances of abuse in recent years have contributed to a growing public cynicism which leads to a lack of trust and confidence in political decision making.

We welcome the fact that the government is undertaking post-legislative scrutiny of the 2014 Transparency of Lobbying Act, which established the Register of Consultant Lobbyists.

But just as important as any restrictions and requirements on lobbyists are the transparency obligations of those lobbied.

As the 2014 Act was passing through Parliament, CSPL published its 2013 report, Strengthening Transparency Around Lobbying. We proposed a set of practical steps that would ensure that officials, Ministers and legislators would be able to demonstrate probity to the outside world.

The report recommended more timely, detailed disclosure about all significant meetings and hospitality involving external attempts to influence policy decisions and said that these disclosure arrangements should be widened to cover special advisers and senior civil servants as well as Ministers, Permanent Secretaries and Departmental Boards.

It also argued that public office holders who are outside the scope of the Freedom of Information Act (including Members of Parliament, Peers and Councillors) should be encouraged to proactively disclose the same information. And that there should be guidance on lobbying reminding all public office holders of the principle of equality of access and the need proactively to consider, after any meeting, whether a balance of views should be obtained.

Our predecessors recommended extending the lobbying rules to former Members of the House for two years in respect of approaches to Ministers, other Members or public officials and asked for consideration to be given to Chairs of Select Committee having additional restrictions in relation to conflicts of interests. They also recommended MPs should not accept any but the most insignificant or incidental gift or benefit from professional lobbyists.

It’s clear from recent events that a lack of transparency from government over who is influencing policy and how continues to raise both real and perceived concerns.

The Committee is currently undertaking a landscape review of the institutions, procedures and policies in place to uphold high standards of conduct, Standards Matter 2. We do not investigate, and do not comment on, any individual cases. Rather, we are looking at the rules, regulations and best practice that underpins ethical conduct in public life and will be making recommendations to the Prime Minister this Autumn. Some of our evidence sessions have been streamed on YouTube for anyone who wants to view them.

The regulation of lobbying is a complex issue. There are no easy answers.  But it’s obvious there needs to be a greater culture of openness and timely transparency around lobbying; greater clarity for all public office holders on the standards expected of them and reassurance for the public that a more ethical approach to lobbying is actively being applied by all those individuals and organisations involved in making and influencing government policy.