With its remit across public life, the Committee is maintaining a close watch on standards issues arising as a result of the Covid-19 pandemic. Recognising the unique and unprecedented nature of the challenge for the public sector, continuing to uphold the Seven Principles of Public Life is vital to maintaining trust in government and our institutions throughout this crisis. In a series of blogs, the Committee will discuss the relevance of these principles to the current crisis. We are not considering the government’s practical response to the crisis, e.g. the availability of PPE or length of lockdown, but rather monitoring any impact on standards and the Nolan Principles.

In this blog, the Chair of the Committee’s Research Advisory Board, Professor Mark Philp, discusses the importance of objectivity in relation to the emerging science and complex decision making around COVID-19. 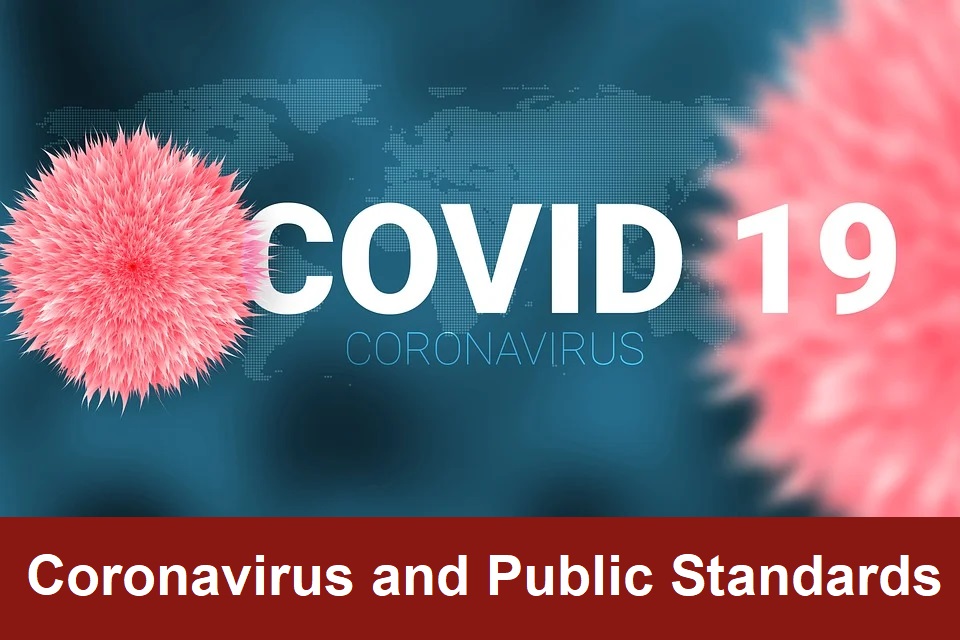 Much government policy relies on a mix of legislation, coordination, consent and coercion.  For example, the recent lockdown and the easing of those measures have some legislative components, but a great deal relies on companies following certain rules and practices and ordinary people being willing to behave in certain ways.  States differ in their capacity to achieve such compliance – or differ in terms of what it costs them to achieve the same result.  In Kenya, for example, it has been claimed that more people died from police brutality enforcing rules than from coronavirus in the first week that lockdown was ordered.

What underpins effective coordination and compliance on such a scale?  Clearly, there are many elements. Some people comply because it is in their interests to do so. For many others that case might be less obvious and their compliance derives from their willingness to trust government and its policies and to believe that what they are being asked to do rests on a sound, non-partisan, objective weighing of the evidence. We expect decisions to be made ‘impartially, fairly and on merit, using the best evidence and without discrimination or bias’ – the Nolan Principles dictate this. In a national crisis, where a great deal is being asked of the public, it seems especially important that people are confident they are being asked to follow the best advice, firmly grounded on the evidence, and free from partisanship or prejudice.

In responding to Covid-19 we face huge, complex decisions, affecting the lives of everyone in the country, and involving the rationing of various resources. Decisions need to be taken quickly, often on the basis of incomplete evidence, and without the chance for extensive deliberation and discussion in the usual Parliamentary forums.  Scientists advising the government have to rely on evidence compiled from a rapidly changing situation, and have to assess probabilities where there remain many uncertainties – what weight, for example, should be given to the possibility that Covid-19 might be something that can be caught more than once.  Since we don’t know currently if that is the case, the science is only going to take us so far.  But not knowing everything is not knowing nothing.  The test is to be open about incomplete knowledge and weight up the risks which flow from that.  Decisions then rest on minimizing risk rather than precise predictions.

Is there a way to respect the principle of objectivity in a major crisis such as the one we are dealing with now?  It is clear that we need to know exactly what we know – even as we also need to give experts the chance to think outside the full glare of publicity and openness and to weigh the options and potential policies that might be adopted.  The science is important: that is, our current knowledge about the disease, about its incidence and spread, about those most vulnerable, about what can be done to protect those working with affected patients, about the probable effects of different strategies of containment, and about the challenges of meeting different demands depending on how we respond.  But objective advice should also seek to be objective about its own strengths and limitations. In brutal terms, knowing that one strategy will produce a 50% lower fatality rate doesn’t make it the right strategy.  In making those judgements one has to weigh up different risks and consider some elements of uncertainty, and we need to know what its potential costs are. In the end, we then need a political judgment that says that, on balance, this is the right strategy for the country as a whole.

Scientists are responsible and accountable for the advice they give; and politicians should be accountable for the judgments they make about following that advice. Scientists need to be precise and objective about what they know; politicians need to be precise and open about the decisions they have taken on the basis of that advice and the objectives they are seeking in taking those decisions.

These are complex issues.  Even setting aside people’s tendencies to over-value their own opinions, it is not easy to be objective about our knowledge, or wholly clear about what is a matter of judgment as against opinion or preference. Politicians can come to rely on evidence and see themselves as wholly science driven, understating their role and thereby their responsibility in the process – something that can then deteriorate into a ‘blame it on the boffins’ culture.  The principles of public life are there to remind those making such decisions that they have a responsibility to be fully aware of the challenge that their responsibilities entail.  When they are properly reflected on and inform people’s decisions they underpin a virtuous circle of policy, in which public authorities are able to command the compliance of organisations and people on the basis of consent, rather than coercion. That circle relies on people being confident that decisions are being made as objectively as possible, and where judgments are made, that they are being made openly and honestly, and that this is taking place in a political system that is willing and able to hold those responsible to account.